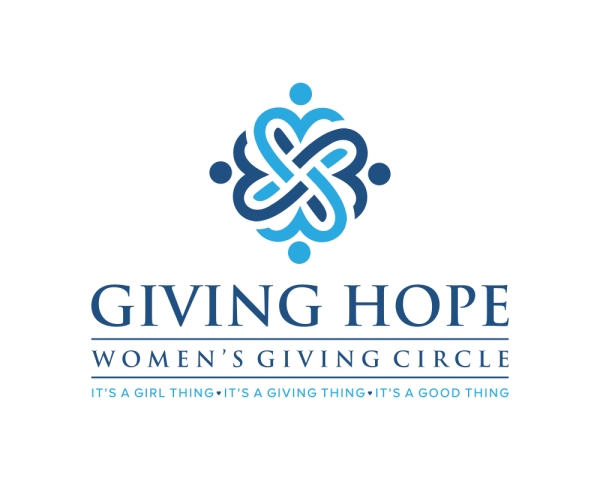 Giving Hope Operating Guidelines for the Members and Giving Hope descriptions for Chair and Committee positions.

Giving Hope, Women's Giving Circle was founded in 2006. At that time, a group of local women philanthropists came together to establish the organization and encourage other women to join in philanthropic giving. Their early efforts were focused on helping in the local community, reaching and assisting women, children, and their families in need. For over 15 years, Giving Hope, Women's Giving Circle has been accomplishing that objective and continues to develop women's philanthropy and meet needs through fundraising and grant making.

The Giving Hope, Women's Giving Circle focuses on educating its members about local needs and providing them opportunities to Give to those causes. All members are welcomed and encouraged to get involved either on the Advisory Board or on the various committees.Giving Hope's Advisory Board meets quarterly.

SAVE THE DATE - GIVING HOPE

Supporting Lead Like a Girl, a mentoring program for young women ages 11-15. 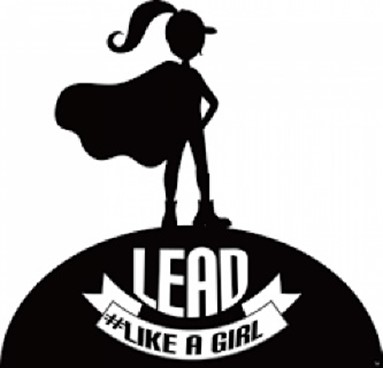 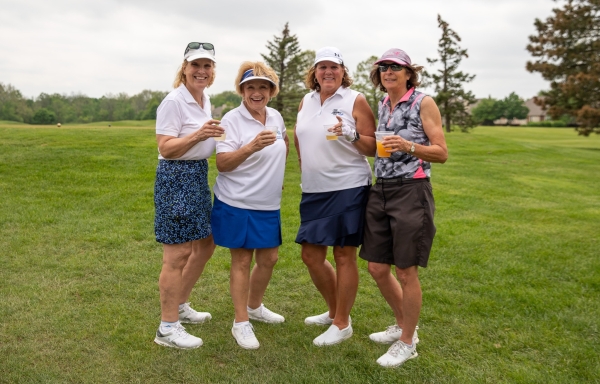 Giving Hope in the Community!

I am happy to announce that Giving Hope will receive a check for $1680 from the Canton Chamber of Commerce. This money was ½ of the total proceeds earned by the Golf Ball drop sales which took place at the Canton Chamber golf outing May 20th and will go into our endowment fund.

Many thanks to Maureen Visser and  Noel Bittinger who manned the golf ball sales table all day!! Jane Kerjes and I, along with  GH members Renee DiPonio and Jaya Wilson played in the outing representing Giving Hope.

It was a wonderful day to share Giving Hope, Women’s Giving Circle with the community!!

Best wishes and looking forward to seeing everyone at our Summer Social June 22nd! 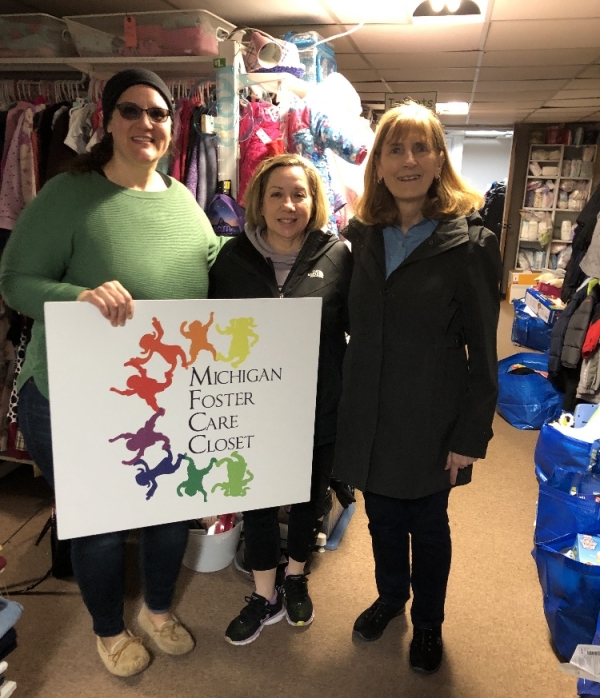 The ladies of Giving Hope are so generous!  So proud of all our ladies who donated monetarily as well as donating the spring & summer PJ's and stuffed animals to the Michigan Foster Care Closet of Plymouth. Giving Hope was able to send MFCC a check for $1400 which will be used to purchase more PJ's. We were able to take over 4 large bags of donations!  About 40 more pairs of PJ's were donated through the Amazon wishlist and sent directly to MFC.

The Michigan Foster Care Closet is a 501(c)3 non-profit staffed by 100% volunteers. No one gets paid, so all of the monetary donations go directly to helping foster children & foster families. They service 65-75 individual children a month all free of charge. Clothing children with confidence and self-esteem, is what they strive for with every child that walks through their doors. They are very intentional with their help and support the whole foster family. If you are interested in volunteering at MFCC, please call Rachael Secord at (734) 664-4089. Rachael operates the MFCC in Plymouth out of the 2500 sq ft basement of her home, which is open 24/7!  Their website is michiganfostercarecloset.org. You can also follow them on Facebook-Michigan Foster Care Closet-Plymouth and click follow. There are many opportunities to donate & volunteer.

We had 17 ladies join us on Zoom for our March 9th "Pajama Party" supporting Michigan Foster Care Closet in Plymouth. Rachael Secord, the president of MFCC spoke to us about the stressful situations that children experience when they are removed from their home. We also had some fun listening to the Canton/Denton ghost story with Mad Libs & playing a Kahoot.com trivia game. A Big Thank you to Karen Hanchett. Thank you to Sharon Flips for being a porch collection drop off, drawing & delivering our spa bag winner. Thank you to Becky Hurst who helped deliver the porch collections to MFCC. Thank you to Denise for the wonderful Facebook post. Thankful to be part of helping foster children in our area by supporting Michigan Foster Care Closet.

Looking forward to our summer social event on June22 in-person!  Giving Hope will be supporting Seedlings, Braile Books for Children. 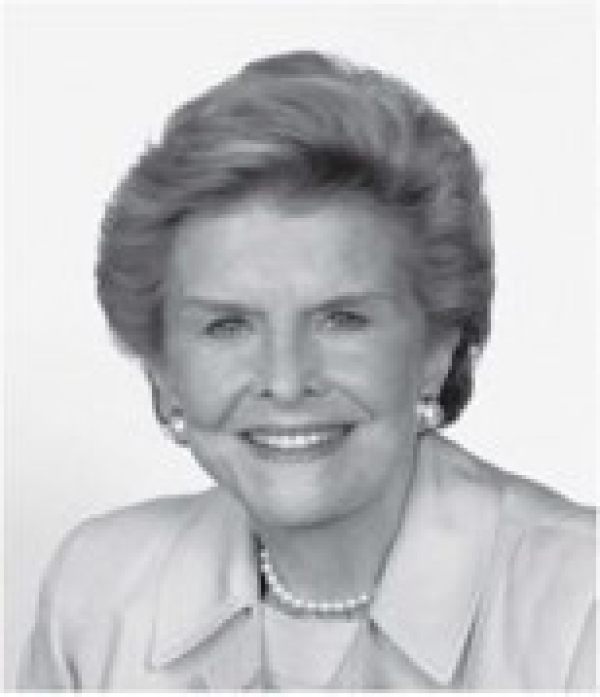 Hello, Giving Hope, Women's Giving Circle member! Here is the next in our selection of significant philanthropic women for your reading and learning pleasure! What a wonderful legacy of Giving as women we share! Wishing you a wonderful week!

Betty Ford was chosen for her strength and bravery. She was not afraid to speak out about issues many women faced yet were afraid to talk about. Betty was candid about women’s rights and health issues, speaking out about   her diagnosis with breast cancer and encouraging women to get yearly exams. Outspoken about drug and alcohol abuse and the importance seeking help and treatment.  Her voice helped so many women and families.

A groundbreaking First Lady, Betty Ford is often remembered for her candor in addressing the controversial issues of her time.

Elizabeth Anne “Betty” Bloomer was born in Chicago and raised in Grand Rapids, Michigan. After graduating from Central High School, she went on to study modern dance at Bennington School of the Dance.

Betty returned to Michigan in 1941 and became a fashion coordinator for a department store.  During this time, she continued to pursue her love of dance by starting her own performance group and teaching dance to handicapped children.

Betty became the First Lady when husband Gerald Ford became the 38th President of the United States. A few months later, Ford was diagnosed with breast cancer and underwent a radical mastectomy. Rather than suppressing the diagnosis, she courageously shared her story and inspired countless women across the nation to get breast examinations. During her tenure as First Lady, Ford continued to be an outspoken advocate of women’s rights, addressing public issues like the Equal Rights Amendment and increasing the number of women appointed to senior government posts.

After the Presidency 1976 Betty moved her family to Rancho Mirage, California. In 1978, following a family intervention, Ford underwent successful treatment for addiction to alcohol and prescription drugs. She again used her personal story to raise public awareness of addiction, and in 1982, she co-founded the Betty Ford Center to treat victims of alcohol and chemical dependency. 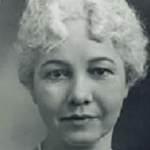 Hello, Giving Hope, Women's Giving Circle member! Here is the next in our selection of significant philanthropic women for your reading and learning pleasure! What a wonderful legacy of Giving as women we share! Wishing you a wonderful week!

While in the House of Representatives, Anderson concentrated on public welfare issues and chaired the Industrial Home for Girls Committee. She was particularly interested in public health issues, especially the fight against alcoholism and tuberculosis. Prior to her term, she had organized the first public health service in Baraga County and was instrumental in securing the county’s first public health nurse. She also became actively involved in the Michigan Grange and served as the Upper Peninsula officer.

Anderson was educated as a teacher at the Haskell Institute in Lawrence, Kansas, which is known today as the Haskell Indian Nations University. She taught school in the Upper Peninsula for several years. At a time when minorities, including Native Americans, were subjected to considerable economic and social discrimination, Anderson’s determination to attend college and return the benefits of her education to her community was notable. Her role as educator, legislator, public health reform leader aided the Native American community as well as the whole of society.

I find her amazing as not only as the first women elected to the legislator in 1925, but also a minority. I appreciate her bravery and voice for the people of Michigan on education and public health issues. She was an educator and organized the first public health service in the UP. 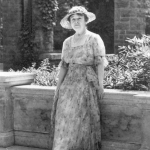 Clara Bryant Ford was chosen for her early and significant philanthropic efforts to improve the lives of women and children and for contributing land and financial aid to Vista Maria home for women and girls.

Through her philanthropic endeavors and own self-determination, Clara Bryant Ford (1866-1950) made it her life’s mission to improve the life and welfare of women and those in poverty-stricken areas across the country. Clara Ford and her husband, Henry, created and funded numerous programs that focused on women’s rights and self-sufficiency, education, healthcare, and environmentalism. Vista Maria, originally a home for orphaned girls, the School of Nursing and Hygiene at Henry Ford Hospital, Planned Parenthood (1945-her death). They also supported several small liberal arts colleges such as Berry College, Vassar, and Radcliff.

Born into a farming family, Mrs. Ford was an avid gardener and promoted the idea of urban gardens during the Great Depression amongst the Ford Motor Company employees. She donated food grown on her family’s farms to more than a dozen institutions on a weekly basis. From 1924-1932, Mrs. Ford served as president of the Women’s National Farm & Gardens Association during which time she created a “Roadside Market” campaign that encouraged rural women to sell their home-grown produce at roadside stands, enabling them to earn their own income.

Clara Ford was also active in the suffrage movement. By 1918 she was an outspoken advocate and organizer for women’s suffrage campaign, serving as Vice Chair of the Dearborn branch of the Equal Suffrage League of Wayne County with meetings being held frequently at her Fair Lane home. In 1921, she served on the Board of Directors of the Michigan League of Women Voters.

March is Women's History Month, and we will be highlighting 4 philanthropic women we believe embody the ideals, strengths, and purposes of our Circle! We Hope you will enjoy our choices and learn more about these amazing Women who are foundations of the legacy of Giving we follow! Best Wishes and enjoy this Month for Women! 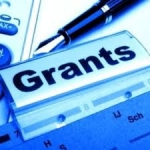 Giving Hope, Women's Giving Circle efforts are focused on helping in the local community, reaching and assisting women, children, and their families in need.

Since 2006, the members and patrons have made it possible to grant more than $100,000 to local organizations that serve women and families in need.

Grants will only be awarded to qualifying 501(c)3 organizations serving women and children in Western Wayne County.

If you have questions with application process please contact Beth at This email address is being protected from spambots. You need JavaScript enabled to view it. or call 734-495-1200.

If you have questions about Grants in general, please contact Jane Kersjes This email address is being protected from spambots. You need JavaScript enabled to view it.